An Evening with Carl Levin

We’re celebrating Senator Levin’s birthday with a very special online event. After a live premiere of Silver Screen Studios Presents Coming of Age: Featuring Senator Carl Levin, the former Senator will discuss his new memoir, Getting to the Heart of the Matter, with local broadcasting legend Harvey Ovshinsky.

Want a signed copy? Click here to order from our online bookstore now!
The first 50 people to order a copy of Getting to the Heart of the Matter before June 22, 2021 will receive a signed book plate compliments of Wayne State University Press. 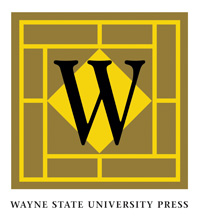 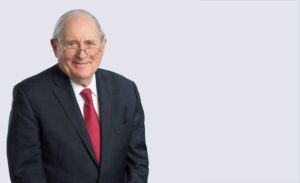 Carl Levin served forty-four years in public office. Born and raised in Detroit, he was a member of its city council from 1969-1977. He won election to the U.S. Senate in 1978, retiring in 2015. Returning to Detroit, he joined a major law firm and founded the Levin Center at Wayne State University Law School. Levin and his wife, Barbara, have three daughters and six grandchildren. His new memoir, Getting to the Heart of the Matter, is published by Wayne State University Press. 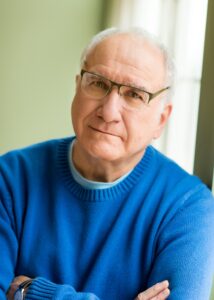 Harvey Ovshinsky is an arts educator and an award-winning. multi-media journalist whose life-long passion for telling Detroit stories was once described by the Metro Times as being “a colorful and fantastic voyage, at times brave and visionary.” Which should be no surprise, considering in his new memoir published by Wayne Statue University Press, Scratching the Surface: Adventures in Storytelling, Harvey recalls his roller coaster adventures growing up with and working for his father, the brilliant, Detroit-based scientist/inventor, Stan Ovshinsky. Above all, Harvey is a serial educator, known for his passionate support of and commitment to mentoring the next generation of urban storytellers.

An Evening with Carl Levin

2 thoughts on “An Evening with Carl Levin”